“Punarnava”: Bouncing back to life again and again

The EwF launch in Patna, in the Indian State of Bihar, took place this week.  Hosted by the Bihar State Disaster Management Authority, the launch was attended by 25 stakeholders involved in earthquake risk reduction in Bihar including government departments, international organisations, NGOs, and local universities and research institutes.  The launch event provided an opportunity to identify and map out key stakeholders involved in earthquake risk reduction, and to discuss the aims of the EwF project in India and Nepal, along with the wider EwF partnership.  Local stakeholders shared examples of resilience building activities underway in Bihar at both the state and local (district and community) levels. There was some preliminary discussion around research needs and opportunities for collaboration with the EwF project. 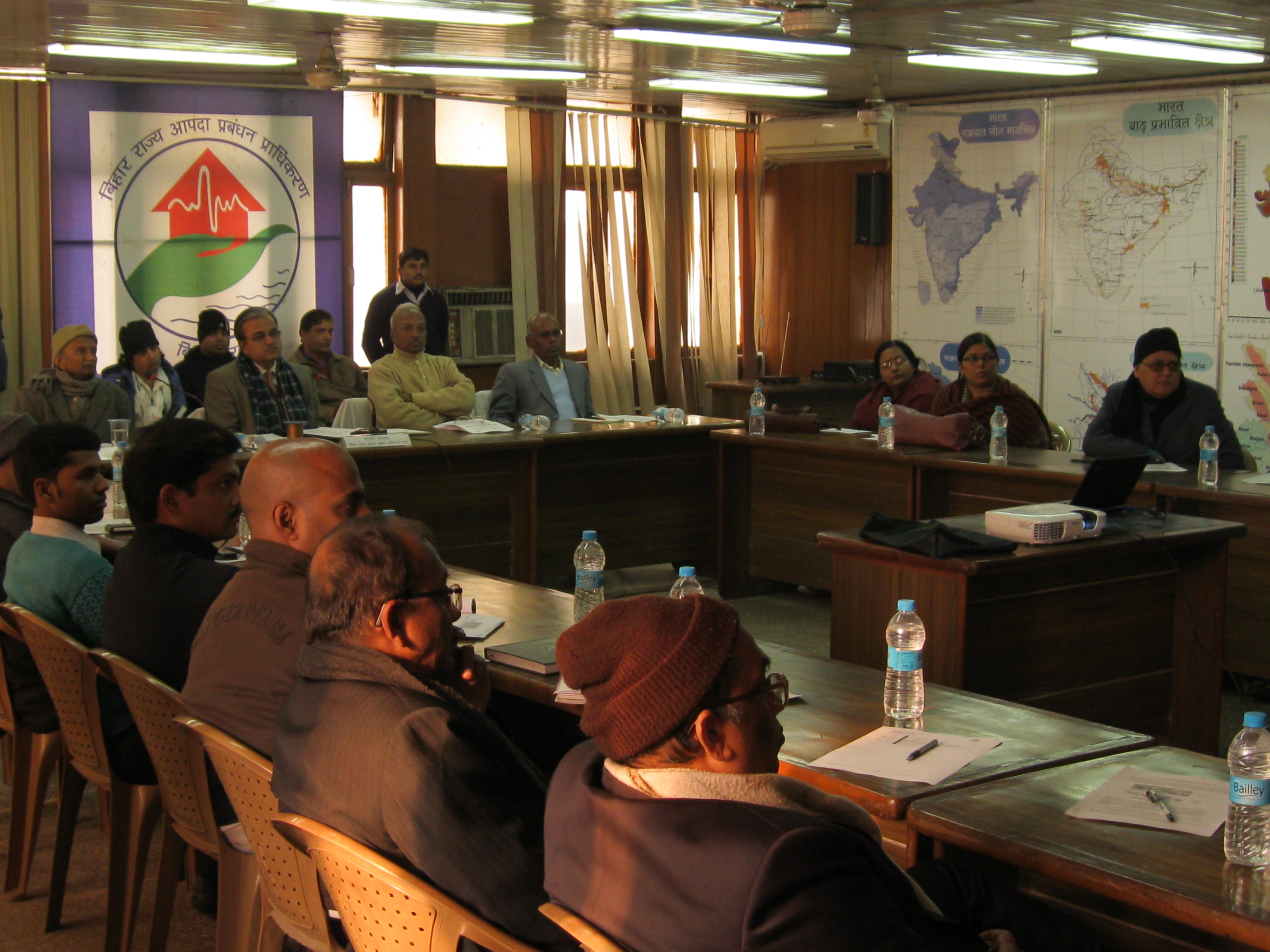 The EwF launch in Patna

The key legislation around disaster risk management (DRM) in India was passed in 2005 (the Disaster Management Act) by the National Government.  Key drivers for policy change include past disasters (the 1999 cyclone in Orissa, the 2001 Gujarat earthquake, and the 2004 tsunami) and international frameworks such as the Hyogo Framework for Action.  The legislation provides an outline of new structures, roles and responsibilities for DRM but this has only been institutionalised in Bihar in the last four to five years, primarily through the establishment of the BSDMA.

Bihar has long been described as a lawless, backward state.  The new government, with its visionary Minister, has generated a sense of optimism amongst stakeholders.  As noted by one participant: key people are currently in the right positions to forward the earthquake risk reduction agenda.  In the last two to three years there is increasing evidence of awareness raising, capacity building and training in the context of earthquake risk reduction at the state, district and community levels.  However, while resources are not considered to be a major constraint, DRM expertise, is acknowledged to be lacking.  There are currently no building inspectors to enforce building codes (even though these exist).  This has been attributed to a lack of knowledge among architects, engineers and masons and is a priority area currently being addressed by the BSDMA.

When was the last major earthquake on the Main Kopeh Dagh Fault in Turkmenistan?

Earthquakes without Frontiers is supported by the Natural Evironment Research Council (NERC) and the Economic and Social Research Council (ESRC) through the Increasing Resilience to Natural Hazards (IRNH) programme. © Copyright EwF 2013